Long ago, humanity withdrew from the earth’s scarred surface and lives in great floating colonies in the clouds. Cut off from the others centuries ago, the inhabitants of the colony VIMANA have no way of knowing how many survive, and their origins have become the stuff of legend...but legends also speak of an escape. With society breaking apart into petty fiefdoms ruled by harsh warlords and the colony’s systems slowly failing, some say a path appears to those who seek it, a great road through the sky leading the brave down to the surface where life now once again blooms.

As you begin to brave the path, the spectral forms of those who came before appear alongside you; their ethereal touch burns you, but their words linger with you, giving you the courage to push on. You have no assurance of what lies at the end of your road, only your own conviction and the slowly-dwindling voices as you pass the end of their journeys one after the other.

You must outdo your forebears! In each stage, reach the checkpoint ahead of at least one of the ghost cars to avoid a game over! As long as you are not in last place, you can continue towards freedom!

Shift/X button - Hold with a direction to drift, and build up turbo 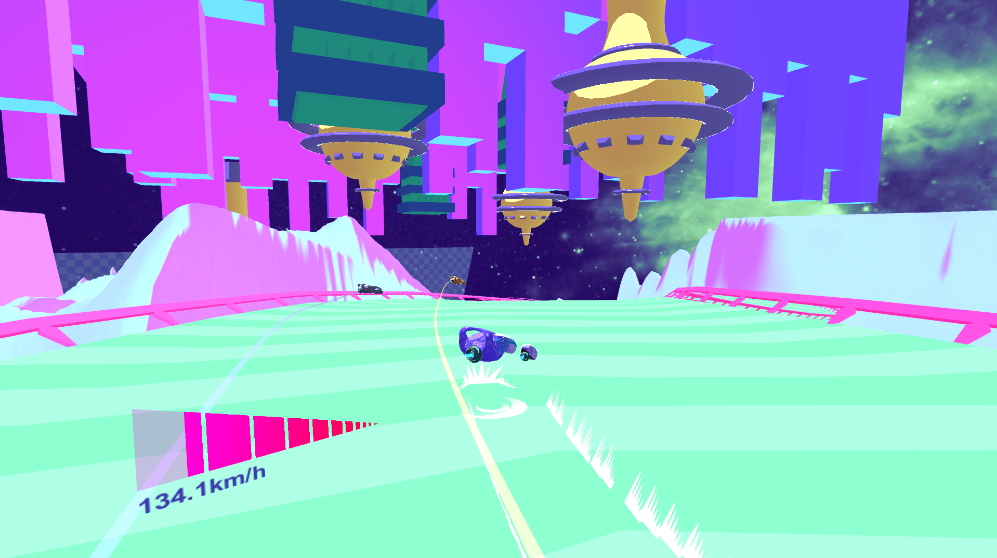 You are not alone on the road to freedom. It shows you glimpses of those who have come before, their words spoken and unspoken…

RED RAMPAGE is, as they are constantly reminding everyone, the heavyweight champion of...something or other. What turned their attention from fighting to driving is anyone’s guess, but in their souped-up monster of a machine they’re here to batter any and all obstacles out of their way.

BLUE NIMBUS is softly-spoken and wistful, winding a careful path down from the sky while their mind drifts. They clearly have at least a few years on you, but not quiet ones--that used to be a police vehicle they’re driving, but you’re certain Blue is no cop.

GREEN FLASH has nothing but frenzied excitement for this journey, rattling along in a machine customised with much love, if not so much care. Apparently some kind of mechanic, they’re no stranger to emergency repairs--even without stopping!

SILVER CHROME is one of the best drivers you’ve ever seen. Even just from this phantom image, their skill is obvious...but not quite unparalleled. You can see one outpacing even them, and indeed, all they can seem to talk about is...

GOLD VICTOR, the Vimana’s greatest racer. The others are strangers to you, but you’ve heard of Gold. Who hasn’t? And who hasn’t wondered what lead someone with all that fame and glory to leave it all behind and brave the Psifrost? Perhaps you’ll find the answer on your journey...

• Some machines have trouble playing the intro animation, if it gets stuck then refresh the page/reload the executable and choose "Skip Intro"

• The level designs aren't perfect and you may get stuck, please use the "Reset to last checkpoint" button in that case

the world is realy beautiful and i like that instead of getting punished for falling of the street, you isted can continuing racing on the soil 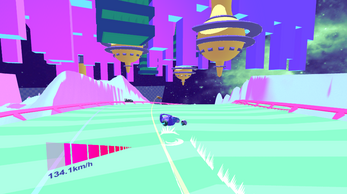 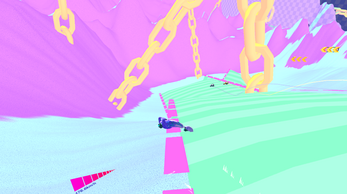 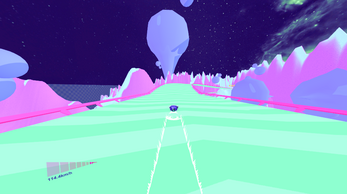 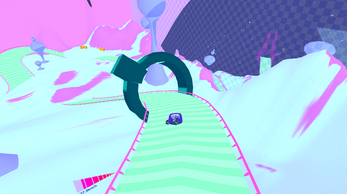